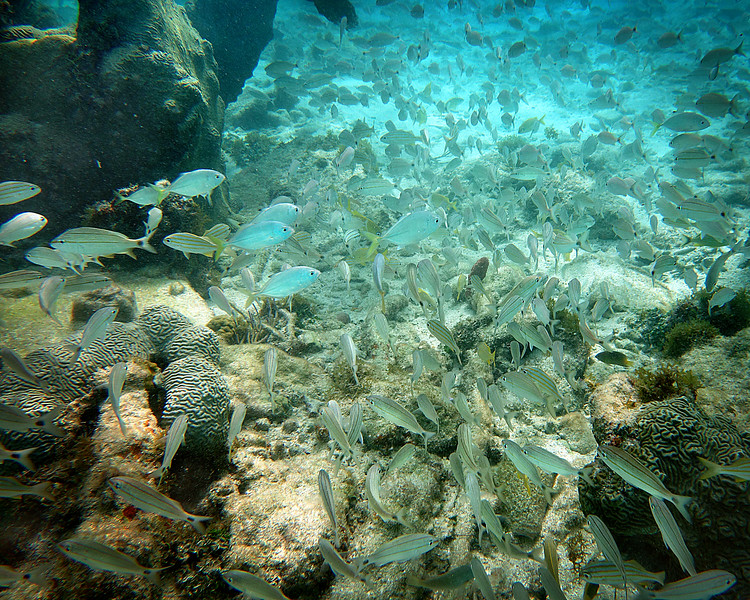 Dry Tortugas National Park is astonishing, to say the least. Above the surface is the old Fort Jefferson, which in and of itself is amazing, but under the surface is where the real beauty is. There’s a vast array of fish that are colorful and tropical. I’ve never seen any animals that are so colorful and diverse. Along with the fish are the breathtaking coral reefs. The coral reefs are the center of activity for the fish. It looks as if it’s straight out of a fish tank or something out of the movies. It’s actually hard to put into words what’s under the water in the Dry Tortugas, so that’s what photographs are for. This experience was overwhelming, in a good way. There was so much to take in and everything was so new to me that I was at a loss for words being a part of the expedition. The trip really has proven to me that good things do come out of negative situations. It was by far the most astonishing thing I have ever done. It has also made me feel extremely grateful towards Northwest Passage and the National Park Service that I was able to experience these things.

About Jaden: I was at Passage because I was abusing drugs and had overdosed multiple times and nearly died. But all that has changed, I am clean and sober and am currently in college pursuing a degree in marketing. When I think of my future, I can’t really pinpoint where I want to end up. I’m really just riding out the waves to see where I end up, in a positive way though.